ITMO.Megabattle is the result of a successful merge of two ITMO University events – the first-year students’ festival and Spring at ITMO.

The yearly project consists of two rounds and includes lectures on soft skills, trips to Yagodnoe, intellectual games, sports competitions, and much more.

Throughout the academic year, students do their best to make their School the university’s best. Every effort counts – your sports victories, scientific publications, and excellent grades all bring points to your School.

ITMO.Megabattle also has checkpoints – concerts held at ITMO’s conference hall in spring and fall. Students spend a month getting ready with creative performances for a themed concert to surprise the audience and prove that their School is truly a team! 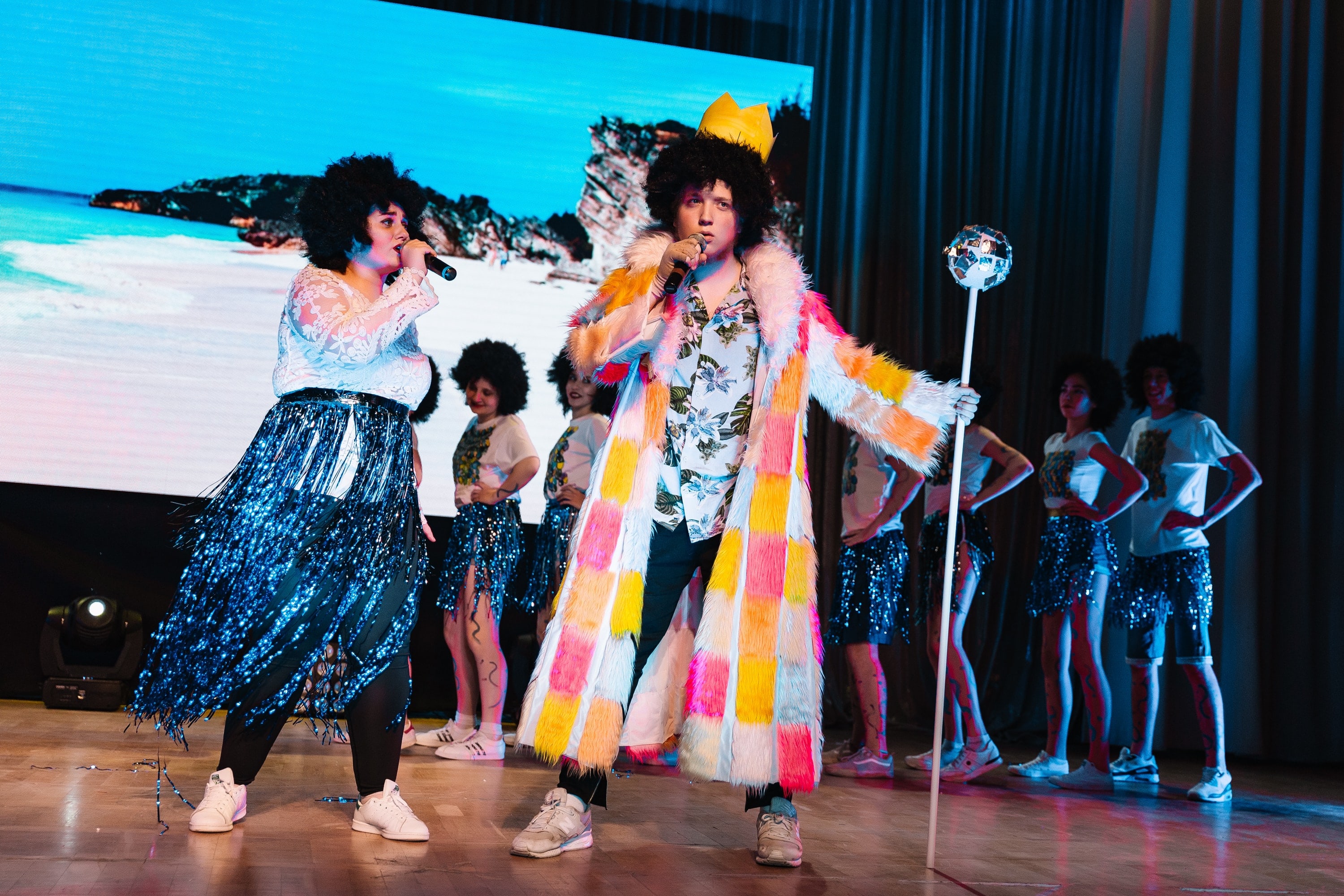 Winners receive gifts from the project’s partners, as well as the champions’ cup and the title of the best School at ITMO. Apart from that, every singer, dancer, and performer receives an award. Our jury usually consists of theater and film actors, singers and musicians, comedians, and government representatives.